I have a really hard time justifying traveling anywhere these days unless I’m getting some work done. So I lined up some shoots and I contacted team tease brat, Momo ,to see if she was down to channel her inner bitch for the camera. Being the super rad chick that she is, she was totally down, and even talked her boyfriend into being a film slave with her. Score. 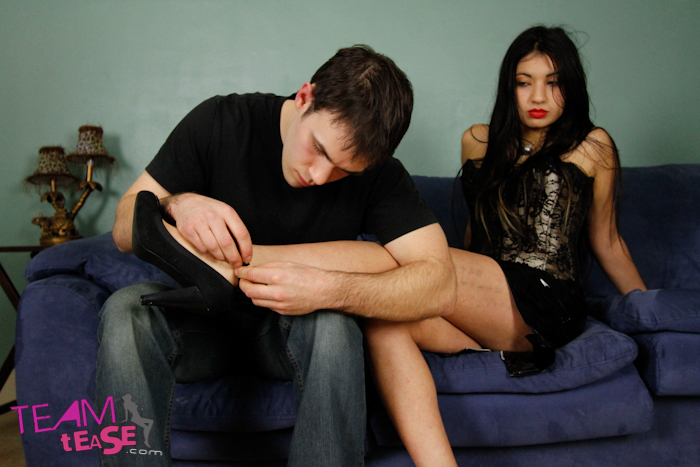 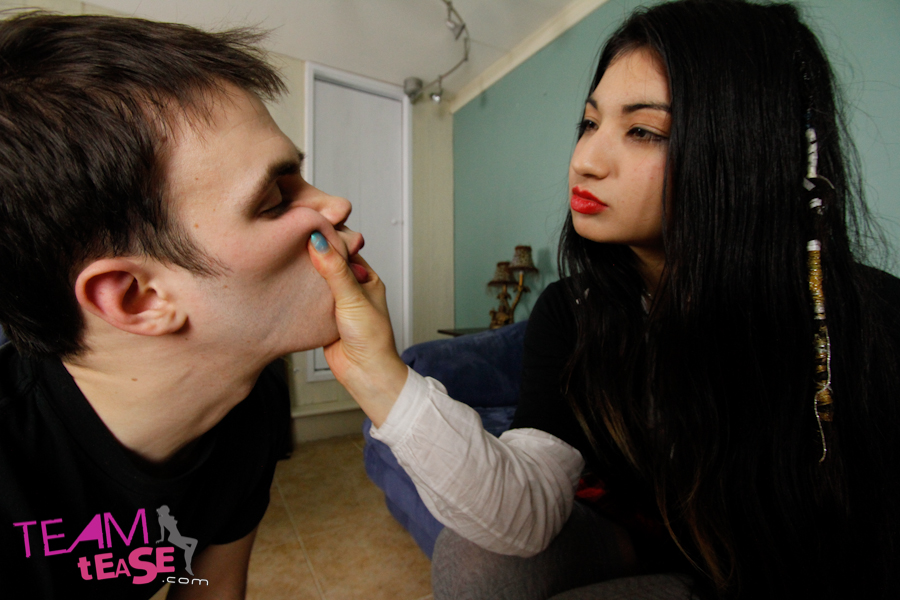 The shoot went great. I can’t believe this girl is only 19. She’s well versed in the world of kink due to the fact that she’s been sneaking into fetish clubs since she was 15. She worked as a professional switch in London for a while and played the drums in a crazy punk band where she regularly performed topless wearing a 8″ strap-on. No joke. Then she quit her band and left the UK to go traveling around the states sleeping on whatever couch that would take her in. Earlier this year when traveling through LA she replied to an ad looking for models to perform in humiliation POV clip and that’s when she met Monique and myself. We hit it off immediately and kept in touch. I was stoked when I found out she was settling down for a bit in Seattle to goto school. It’s just one of many good excuses for me to go back up there sooner than later.

In case your wondering, no, her boyfriend is not submissive to her in real life. But they have their own crazy kinky sex life so doing these kind of clips together wasn’t too “out there” for either of them. The guy made a great bitch. He was down to do foot worship, face sitting, and even a forced bi clip. He joked that if anyone asked where the extra money he earned came from, he’s just tell them, “I sucked my girlfriend’s cock.” Perfect.

The next day I had arranged a shoot with none other than Mandy Flores. It also went very, very well. Her boyfriend was there, who happens to be a very talented photographer, so it was nice to have something other than a tripod to hold the camera and take stills. I’m sure he didn’t mind one bit that the first couple clips we shot were of us playing tonsil hockey with a lot of heavy petting. I think my new favorite thing now is gettin’ all gay for pay with a girl within the first hour of meeting her. 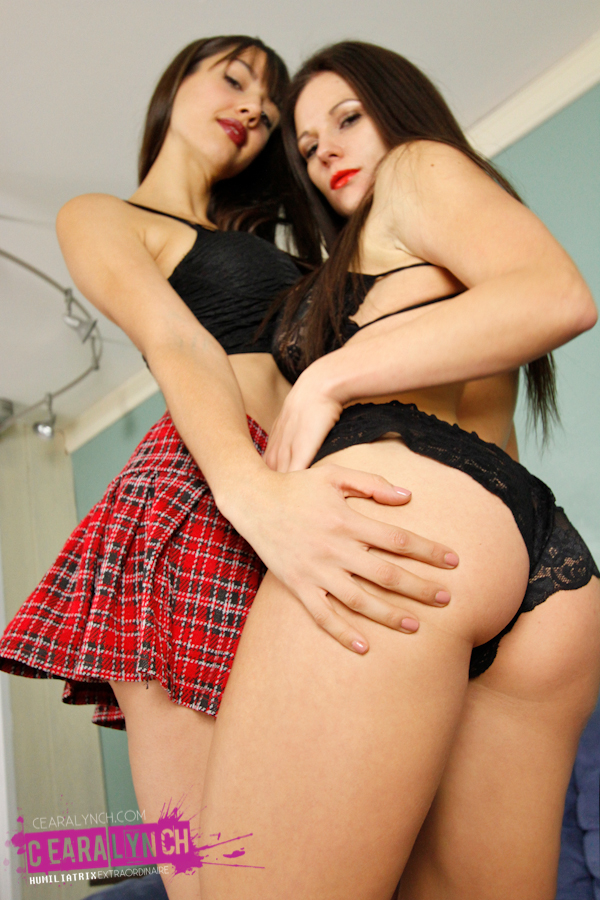 Mandy just posted one of the kissing clips on her store, check it out: http://clips4sale.com/studio/33729.

The rest of the photos we took be posted in my members area this week: http://www.cearalynch.com 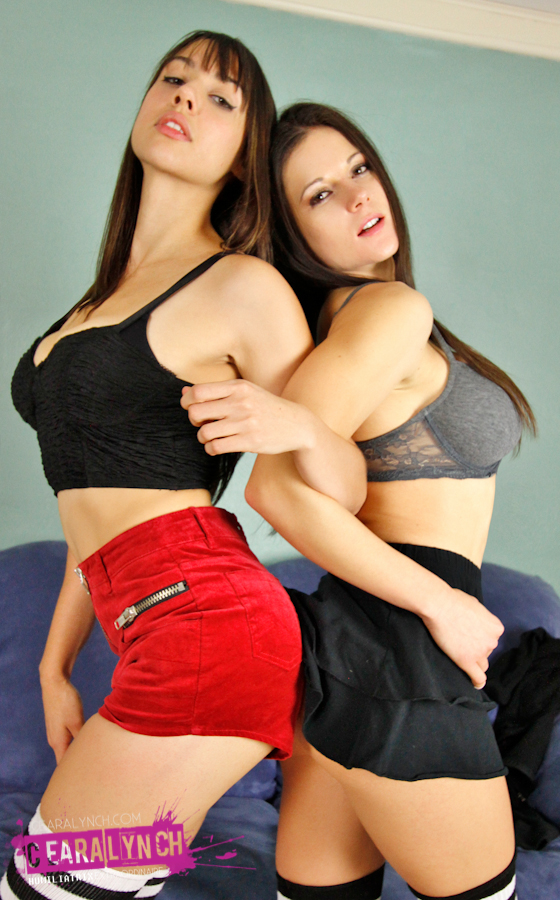 Afterwards we went out for dinner and drinks where we met up with Mistress T and Samantha Mack. My photos get a lot more grainy at this point. 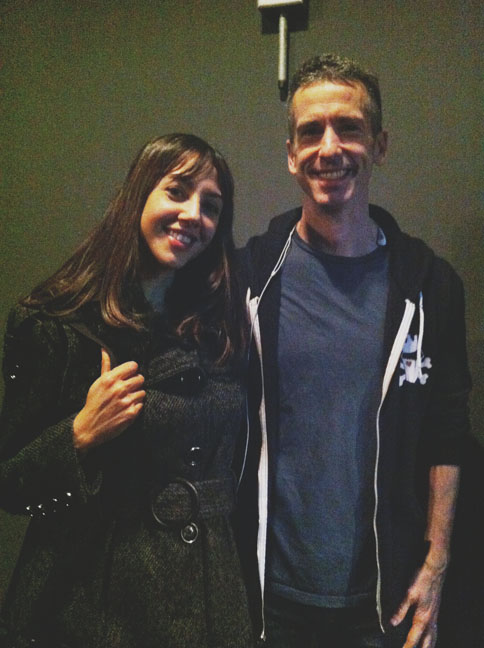 The moment we walked into the theater for HUMP I saw none other than Dan Savage. My heart leapt. I have been a huge fan of Dan since my early teens and owe much of my fascination for fetishes and current career choice to reading his column. I strategically opened my camera on my phone and handed it to Mistress T before interrupting his conversation and asked for a picture. I assumed he wasn’t going to be thrilled about taking what was probably the millionth picture with a fan during an already busy night, so I tried to take up as little of his time as possible. Mission accomplished. He looked slightly annoyed, smiled for the camera, and then let me to scurry off. I was over the moon the rest of the night.

The next day Mistress T, Samantha, and myself got together and shot one obligatory clip for each other’s store. Then we all sat around with our phones reading twitter out loud to each other. 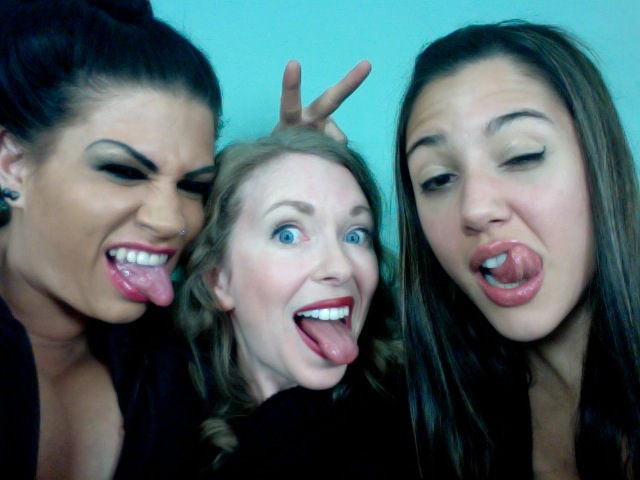 Yep. Just another day in the life of being perfect, exalted, unattainable goddesses.