About 6 months ago I made the decision to completely stop lying about what I do for a living.

It wasn’t a particularly drastic change. It’s no secret among my friends and family, and among strangers I was honest a majority of the time. Occasionally, though, I’d lie to avoid the discomforting, awkward feeling that comes from dealing with someone else’s disapproval. I am not ashamed of what I do, but that doesn’t mean I always want to be in that situation.

It can be difficult interacting with new people when you have my job. In just the first few minutes of meeting someone that question is inevitably asked,

It’s barely enough time for that person to form any kind of opinion of who you are. In fact, it’s a question that’s typically asked to help form that opinion.

One of my bigger hang-ups in life is that it’s a little too important to me that I’m seen to others as a competent, well-adjusted person. Those aren’t exactly common attributes most people think of when they picture someone in the adult industry or freaky niche fetish world. I often wish the question of my vocation came up after a person got to know me more.

The decision to stop lying all together came from this: I came to the conclusion I was trading a brief discomfort for prolonged anxiety. We are social creatures, when people you’d otherwise get along with think poorly of you because of your job–or any reason–it can feel shitty. What I eventually found was worse, however, was the anxiety that came from trying to decide whether or not this new person I know nothing about could “handle” the truth. I had only the shortest amount of time before they asked me that inevitable question. It was an anxiety that didn’t feel quite as bad as one’s negative judgments can, but it lasted longer and it occurred no matter what.

The other reason is this: whenever I chose to lie it meant I was starting off a relationship in a disingenuous way. In fact, I was pretty much making the decision then and there that I wouldn’t get too close to that person to avoid ever having to admit that I lied. It made every word exchanged with them empty and meaningless. Sometimes when I gained more knowledge of a person, I’d come to find out that I misjudged them, that I would have been just fine telling them the truth and that I could have had a more meaningful and worthwhile interaction with them.

While I was in Vegas for AVN last January I needed a manicure. I booked an appointment at the hard rock with a sweet, soft-spoken woman in her mid 40s. She was the perfect example of someone who I’d otherwise lie to; she seemed innocent and conservative. If she wore pearls, I could picture her clutching them. Furthermore, I was stuck with her for at least an hour and then I’d likely never see her again. It would have been very easy to just make something up. If I was honest and she reacted poorly, it could have been a very long, awkward hour I’d be kicking myself for, but I decided to take the risk.

The result was probably the greatest conversation I’d ever had with a nail technician. She was intrigued, asked me the usual questions; how did I start? Does this pay the bills? What are some of the craziest fetishes? Do guys really like this? Really?

Then she began reflecting on her own life; she grew up sheltered, married and had kids when she was young because, “that’s just what you did.” She was now divorced and in a serious relationship. She seemed relatively content in life, but probably would done a few things differently to enjoy more of her youth if she could.

Then she started asking me questions about her boyfriend who wanted to be spanked. She didn’t understand why he always brought it up whenever she was mad at him. I explained why that was undoubtedly intentional on his part and that it might be rather cathartic for her. She told me she felt so enlightened.

Not all interactions have gone this well, of course. During Thanksgiving last year I had the joyous opportunity to explain my work to some of my step dad’s older, straight laced relatives. I wanted to lie. I really, really did. But it seemed silly to. I see them once a year at most; they are of extremely little relevance to my life. Why should their response be of any concern to me?

When I made the choice to be honest, the anxiety I felt in anticipation to them asking me “where I work these days” immediately went away because I knew exactly what I’d say.

To my surprise, it was painless. A few of them reacted with shock and awkward laughter, but I found it really didn’t bother me in the ways that it might have in the past. Others reacted in ways I didn’t expect; totally normal, respectful, and even coming to my defense to those who were shocked. I realized I had truly misjudged many of them and felt humbled and delighted to alter my previous judgments.

Afterwards my sister had told me that my mom (who knows what I do, but doesn’t talk about it) seemed relieved by my honesty. Apparently she had been struggling with the same anxiety I had; dodging their questions about me, not sure how to answer them when they asked where I was working. My sister appropriately told her that she should tell them to just ask me themselves.

I, too, felt a tremendous sense of relief that thanksgiving. What would have otherwise been of evening of me tight stomached and antisocial; avoiding people but inevitably having pointless, insincere conversations that I’d desperately want to end. I would have been worried about keeping up with whatever lie I told them and silently stressing over whether or not someone else would accidentally contradict it somehow.

I don’t mean to make myself out to look particularly brave for making this decision.  I’m very lucky in a lot of ways that makes it relatively easy; I live in an incredibly liberal city, I have a rock solid social support system, I spend my money in responsible adult-like ways that “legitimizes” my work in the eyes of others (buying houses, college education, etc), and I work in a facet of the adult industry that much of society deems considerably less degrading than others. 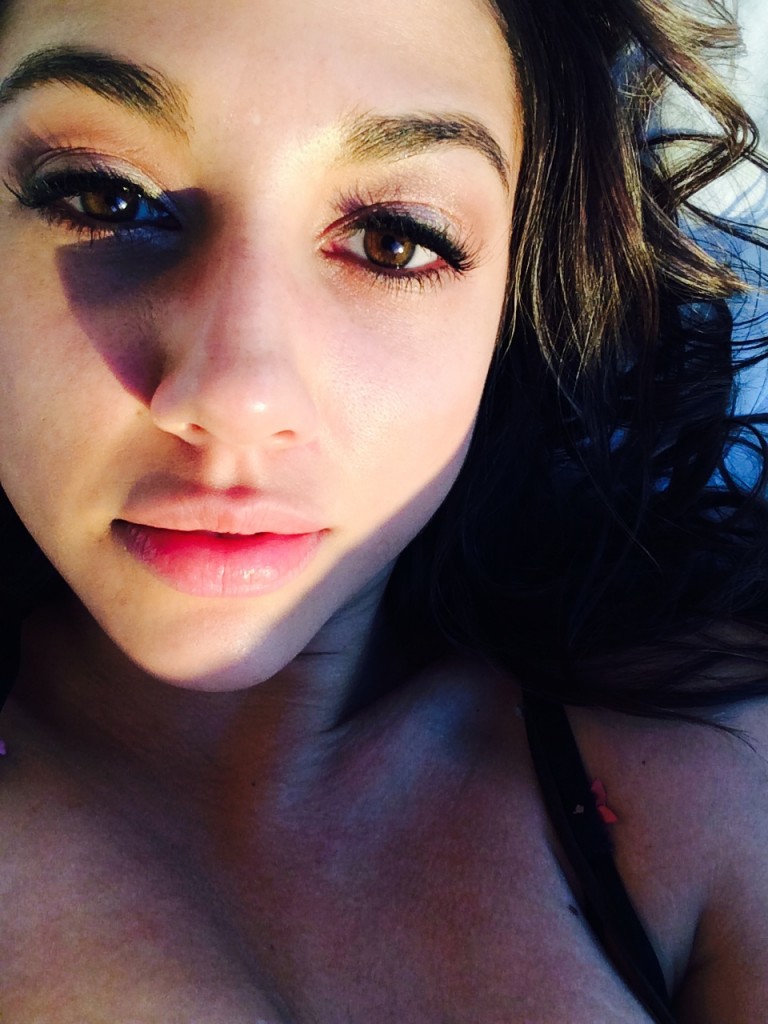