Im currently sitting in my hostel in Laung Prabang, Laos. I woke up early to see the monks who get up at the crack of dawn to recieve food and donations from the towns people. I’d imagine it would have been an interesting cultural practice to see had it not been crowded with tourists sticking flashing cameras in their faces. Ah well. 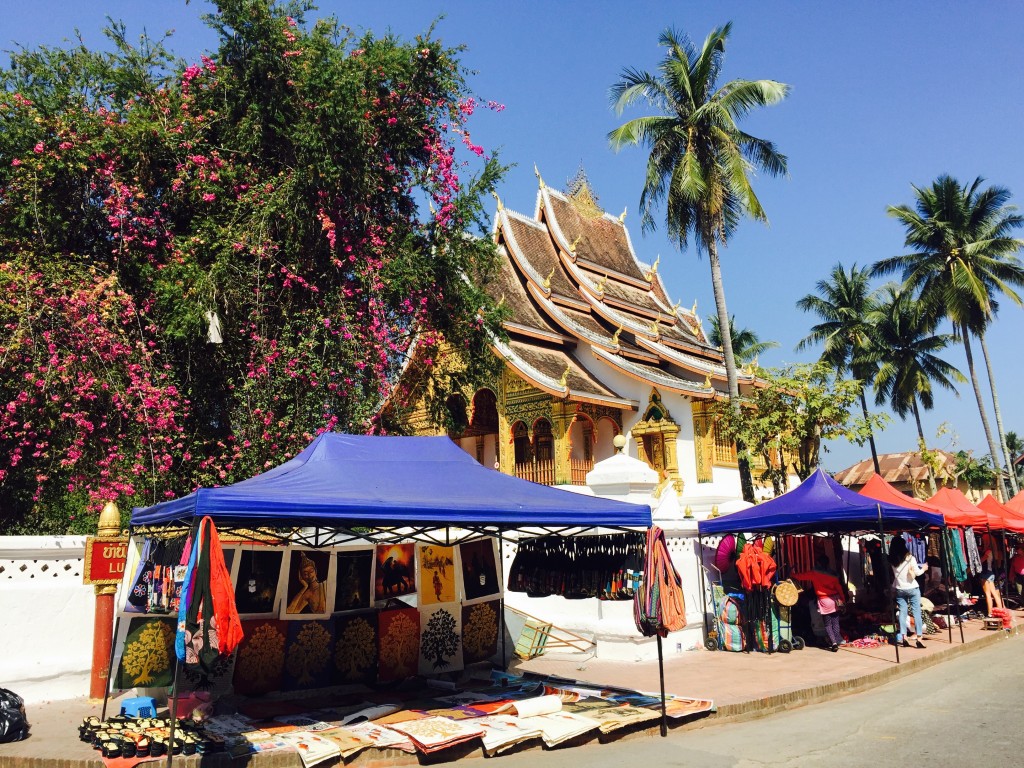 Im staying near the main street. This town is pretty low key compared to the active party islands in Thailand I just came from. Most everything closes here around 11pm with exception to (of all things) a bowling alley. I’ve spent my time here enjoying the nature; trekking around the rolling green hills, visiting hillside tribal villages, and taking in the sights. 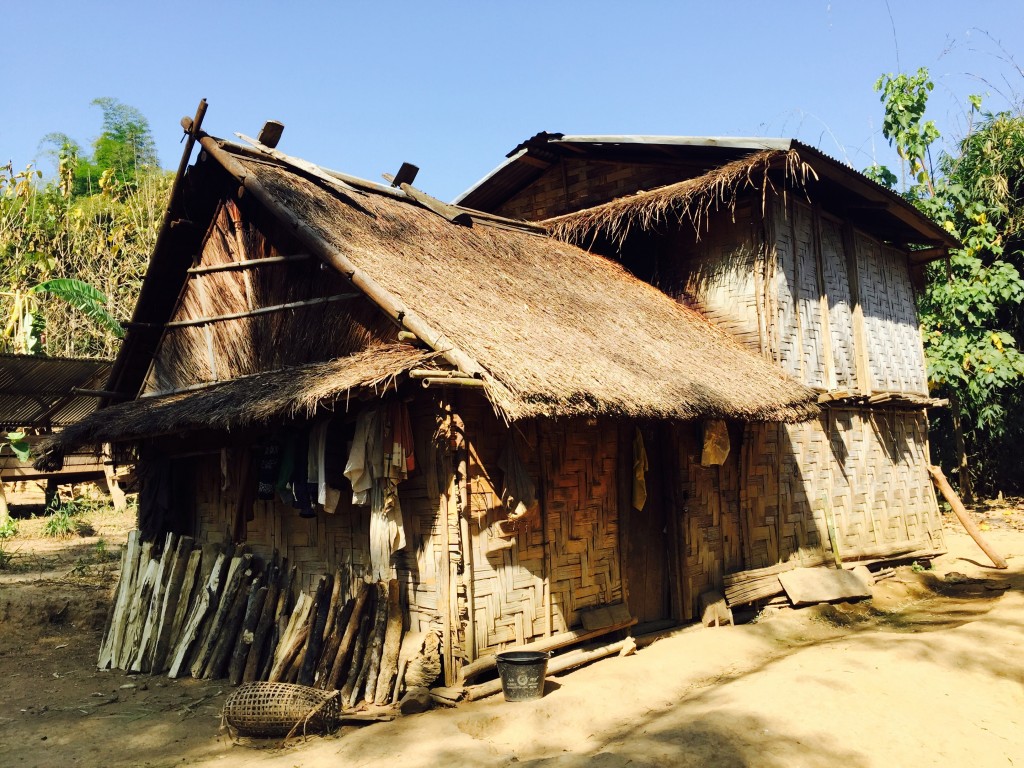 Yesterday I took a shuttle van to the famous Kuang Si waterfalls. We have some great waterfalls back at home, but they just don’t compare. These were straight out of a fairy tale. 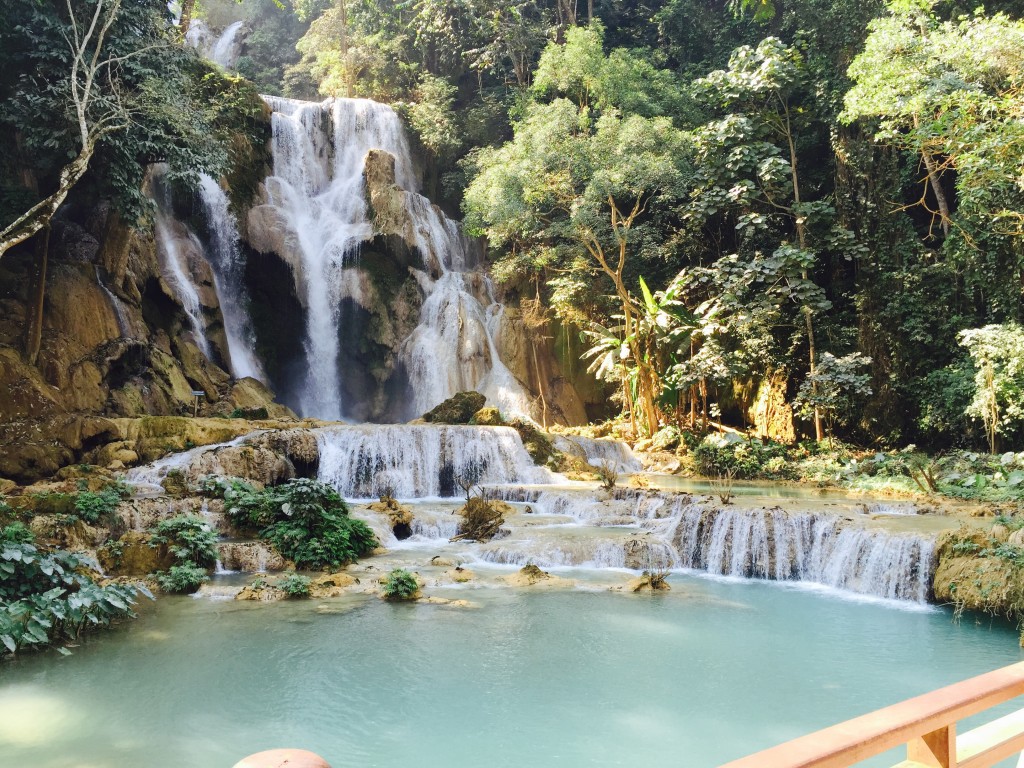 I had my nose in a book all day and had misunderstood the meeting place to take the shuttle back, so I missed it and ended up spending my entire day here. There are worse places to get stuck, especially with a good book. 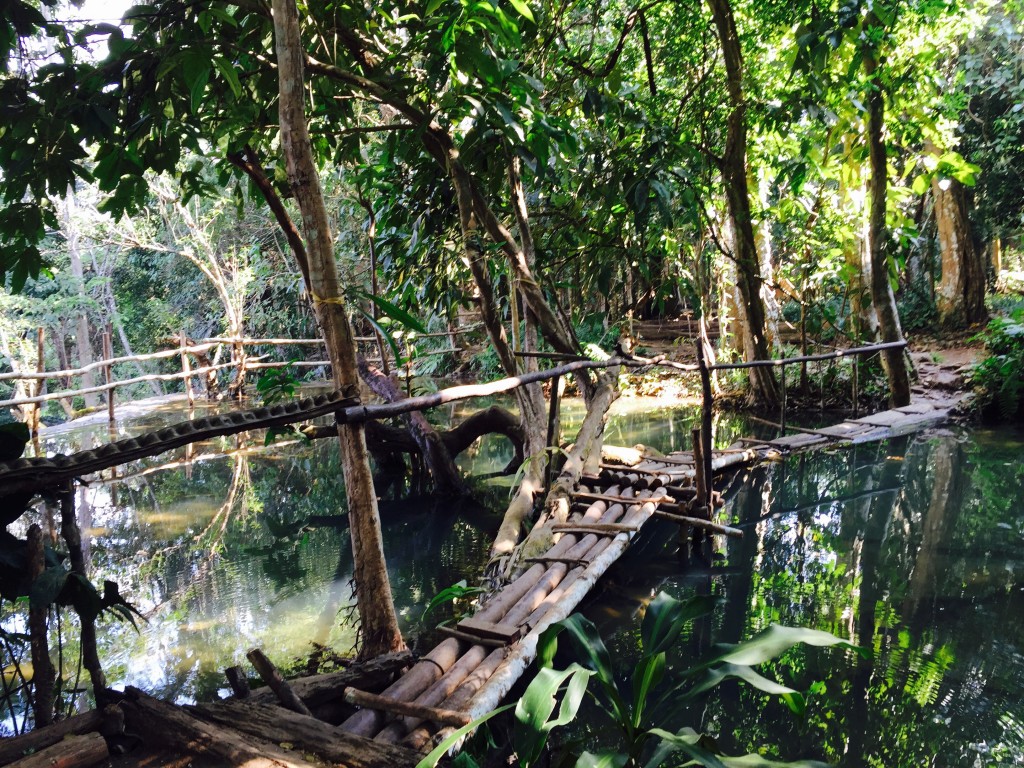 At one point I was sitting on a park bench in front of some smaller falls. A group of about 5 middle aged chinese people (mostly women) came up to me. One of them sat next to me as though they wanted to take a picture of eachother in front of the scenery. As I stood up to move out of their way they gestured me to sit down and be in the picture. Confused, I obliged. One by one they did that: taking their picture with me, smiling and thanking me afterward. Afterwards one of them tried to say something to me in Chinese with a big smile on his face. I don’t know who they thought I was but they seemed rather appreciative to have met me. 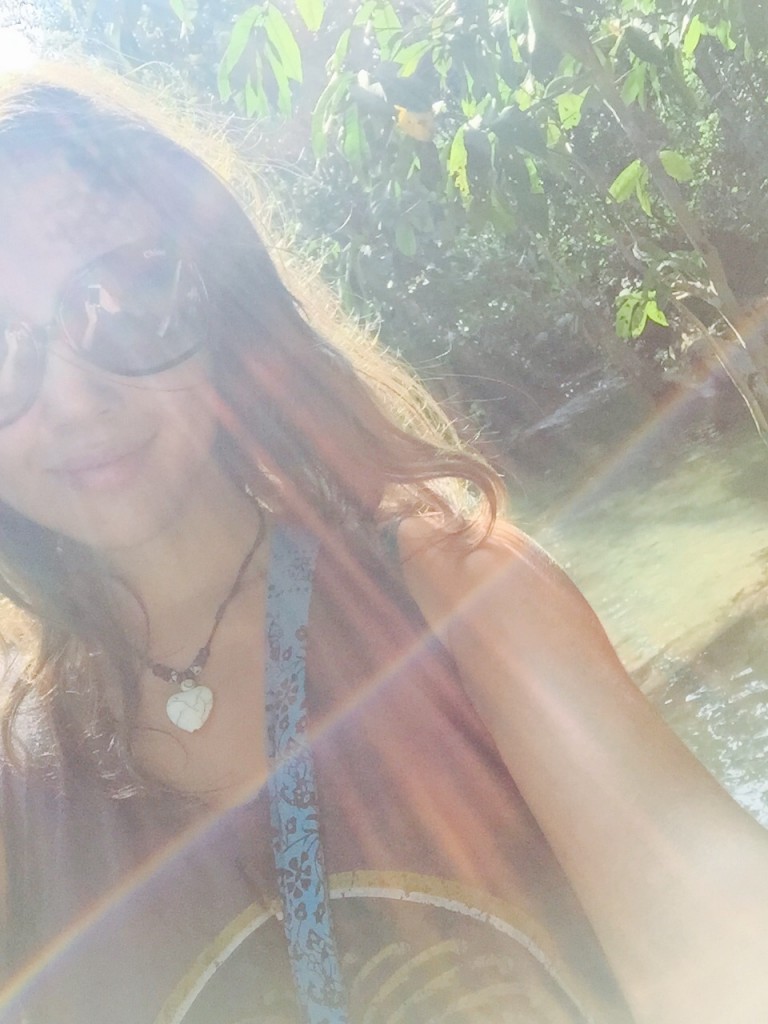