I chose not to do any shooting this year. I’ve found that my two-girl domme clips don’t sell exceptionally well and I’d rather spend that time socializing rather than burning myself out shooting. I managed to squeeze in one night of aggressive partying. After that I was spent. Drinking is tiring and I can barely do heels for an entire night (I almost never where them outside of clips.) Luckily Nate-bitch was there to rest my feet on and give massages on demand. 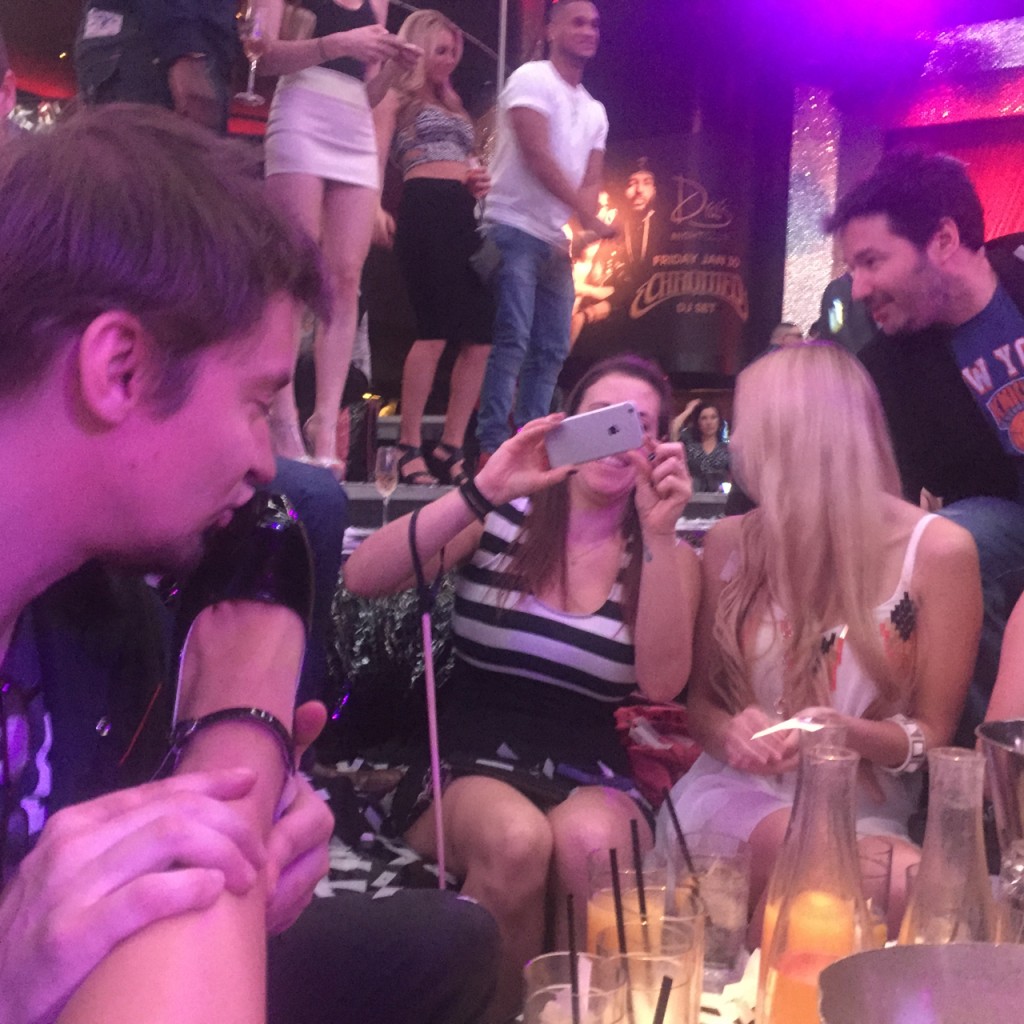 As thankful as I am that kinkbomb hosts on so many generous VIP club nights, I much prefer a place where I can hear the person next to me and talk to them without shouting in their ear. By the last night I wasn’t feeling well and was in full blown introversion mode.

I spent one day casually walking around the AEE convention. I’ve been many times before, but its always a fun spectacle. In less than an hours worth of time I met Ron Jeremy for the umpteenth time, played with a sex toy in the shape of a teddy bear, met a guy with a chin dick trying to peddle his xerox book, & watched Ashley Fires erotically choke a couple guys. All in all a great way to spend ones time. 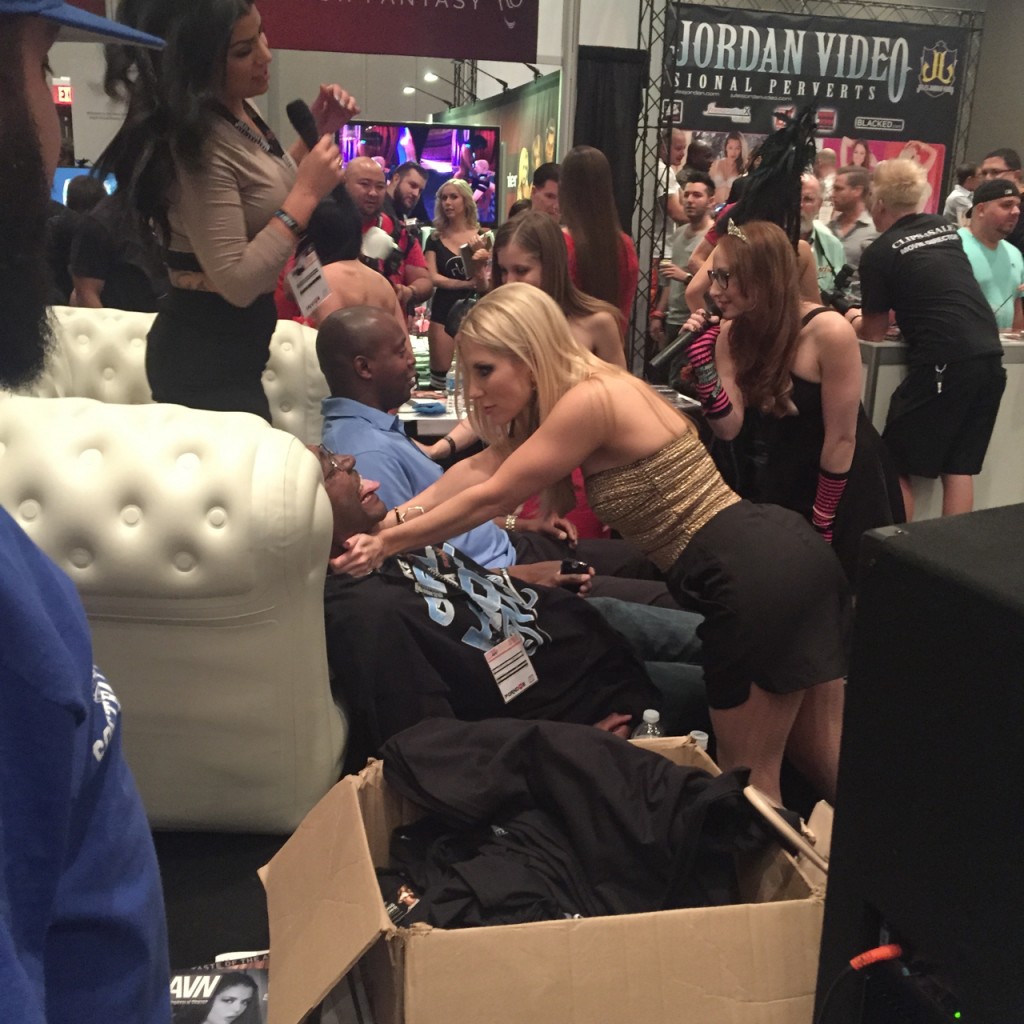 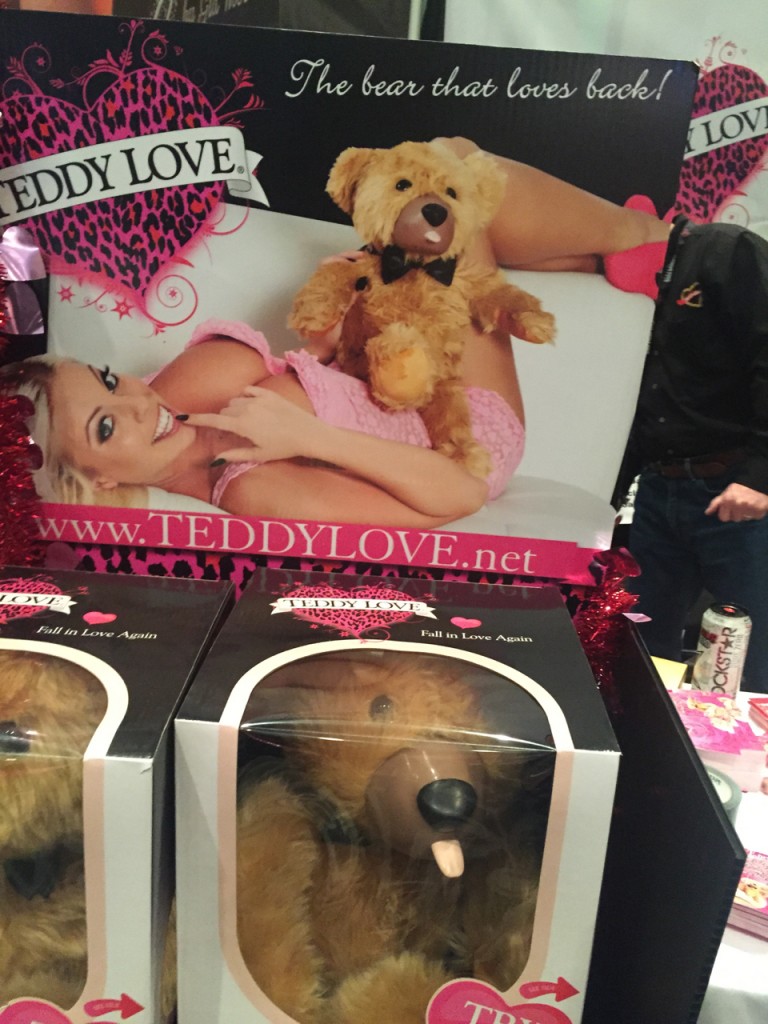 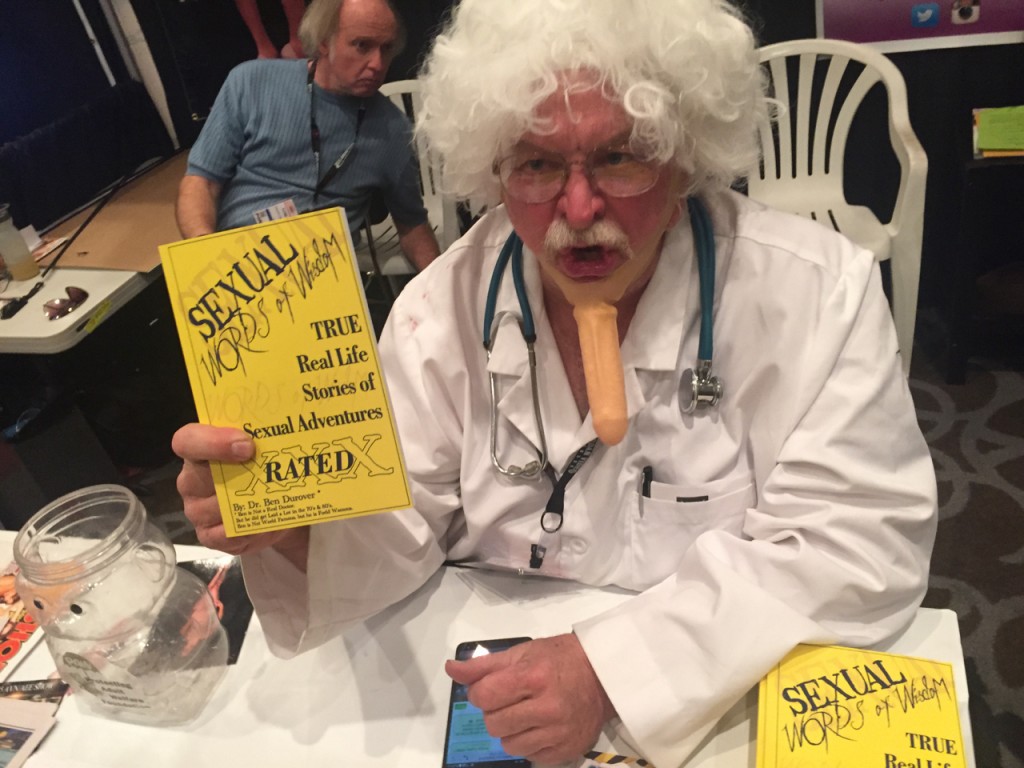 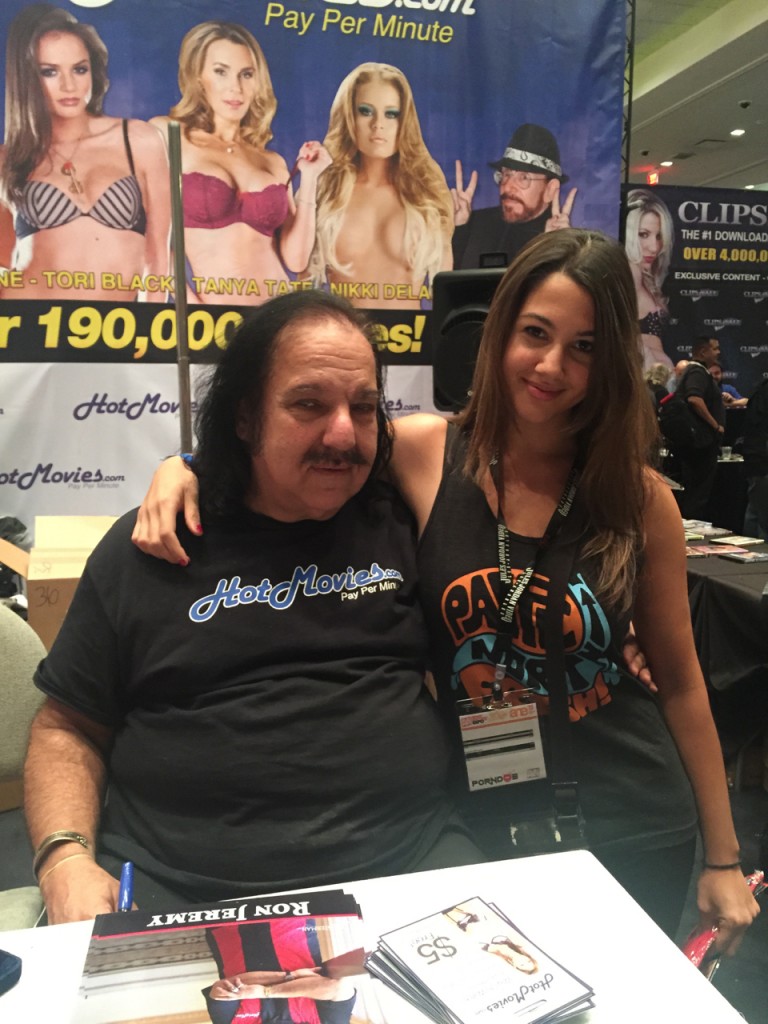 The highlight of AEE by far was meeting the legendary Nina Hartley. I’ve been somewhat familiar with her work for some time. Not a die hard fan or anything, but well enough that I figured I’d take a second of her time, say hi, snag a picture with her then be on my way. To my surprise, she was one of the pleasant people I’ve met in a while. She took a genuine interest in me and asked if I was in the industry. After I explained my niche place in it, she she showered me with compliments and praise and told me how fantastic she thought it was that young women can do their own thing and work for themselves. You could tell that she makes anyone she talks to feel like the coolest person on earth. A+ human being. 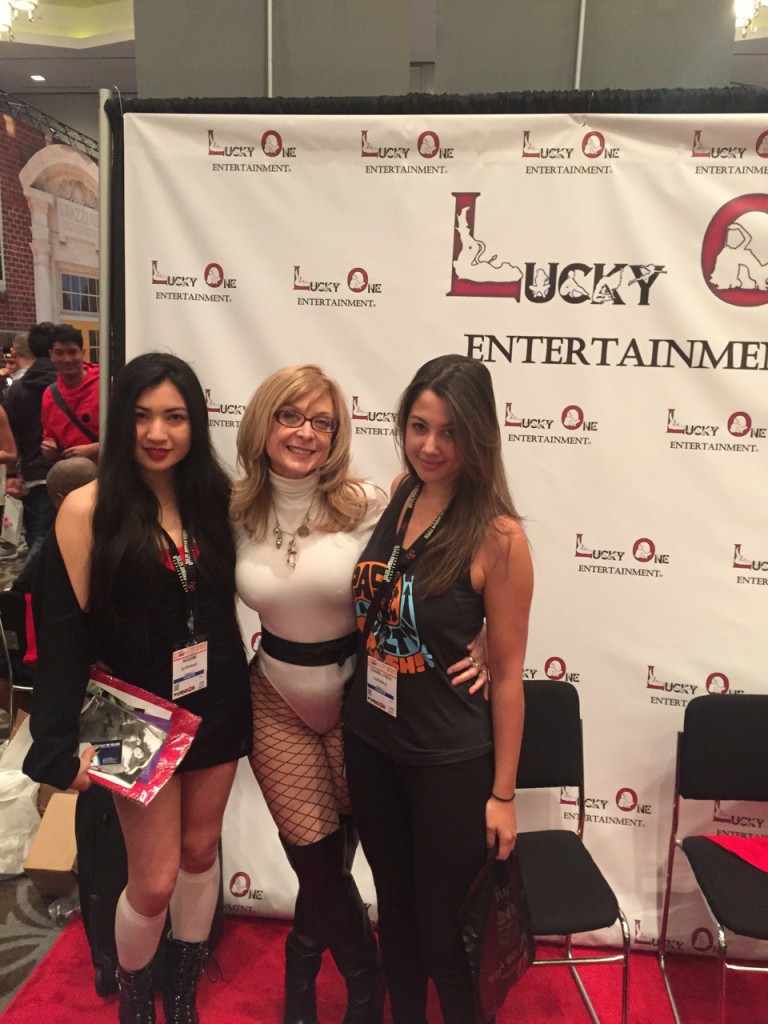 On Monday we had our traditional spa day and dinner at my favorite restaurant in Vegas; Firefly. Nate-bitch bought me a proper massage and everyone finished the night off at a hookah bar. 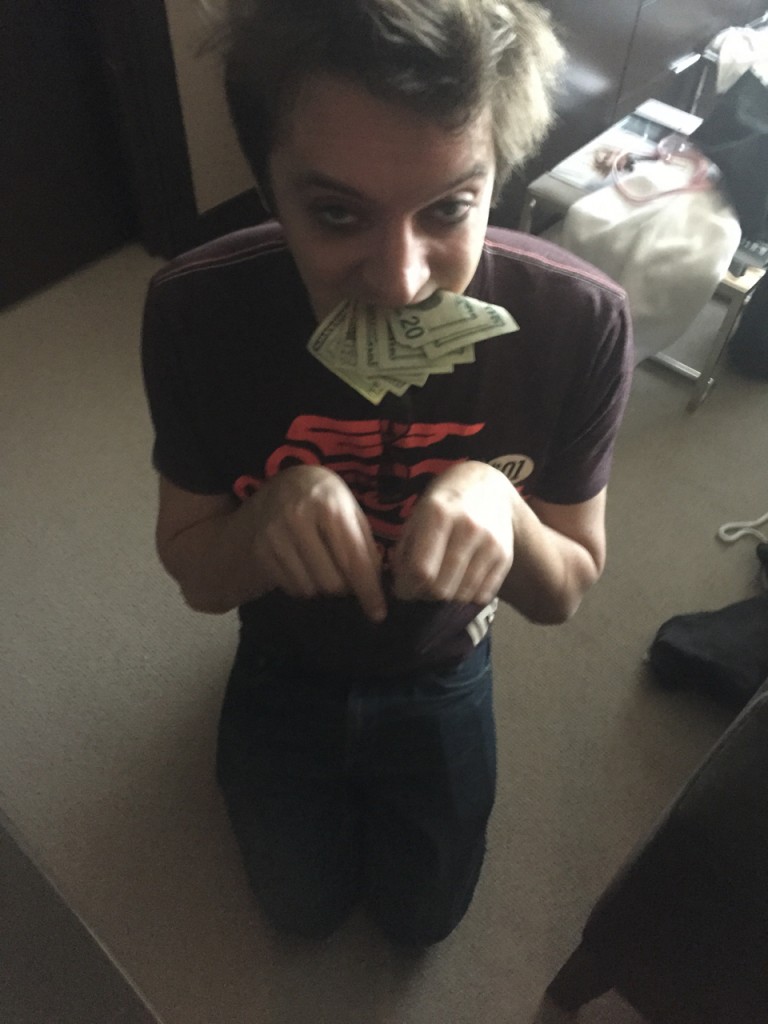 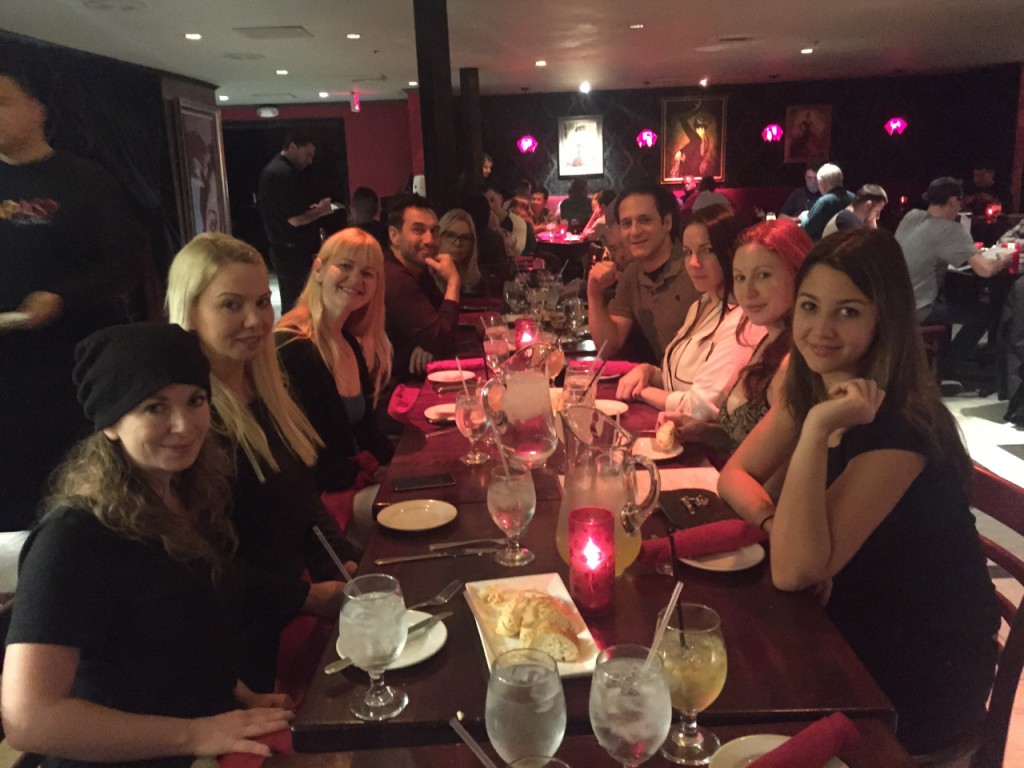 It can be isolating at times working in such a weird little industry when you don’t live near other people who in it. I generally don’t talk about work to outsiders, unless they ask, because it’s so unrelatable. Sure, it can be fun when people are fascinated by you and your work and it certainly makes for an interesting ice breaker, but spending time with people who actually understand it, live it, profit from it, is another thing all together. To sit at a table with smart, savvy women and share tips on how to run business more efficiently and have casual conversations about the craziest thing we’ve ever put up a guys ass without batting an eye. I rarely feel more at home.